In a recent article in the Washington Post weekend magazine, freelance journalist Robin Shulman writes, “In the United States — which has the largest refugee resettlement program in the world but does not permit private sponsorship — lawmakers and refugee advocates are watching Canada.”

Read her thoughtful account of the settlement experiences of a Syrian family that arrived in Toronto in February thanks to a private sponsorship group: 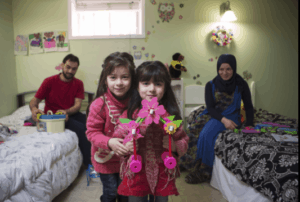